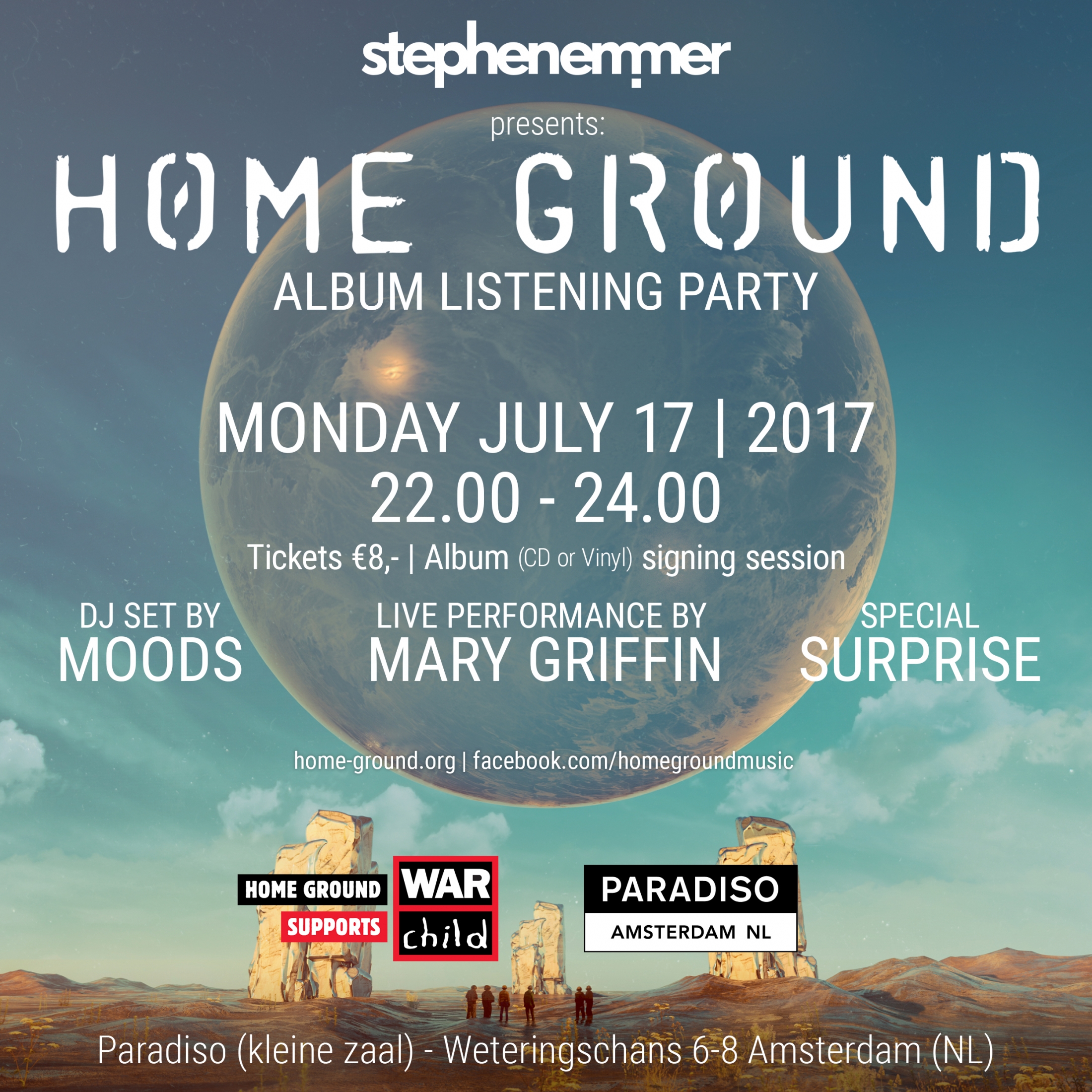 On Monday 17 July at 22.00, Stephen Emmer presents his new Home Ground album through a special listening session. The event will take place at the small hall of the legendary venue Paradiso in Amsterdam, right after Chaka Khan performed Live in the main room.

The Home Ground project was realized in a close collaboration with War Child, with the proceeds of the project going to War Child for a proportionate part. Nina Jongerius (War Child Holland) and Stephen will briefly tell about this initiative.

The evening will be musically framed by DJ Moods, who just delivered an amazing remix of ‘Under Your Spell’ ft. Chaka Khan, culminating in an exclusive live performance by Mary Griffin, who will perform a selection of album songs. Fan from the very beginning Leo Blokhuis will hand Stephen the 1st vinyl copy of the album. On top of that there’s a Special Surprise for all of you...