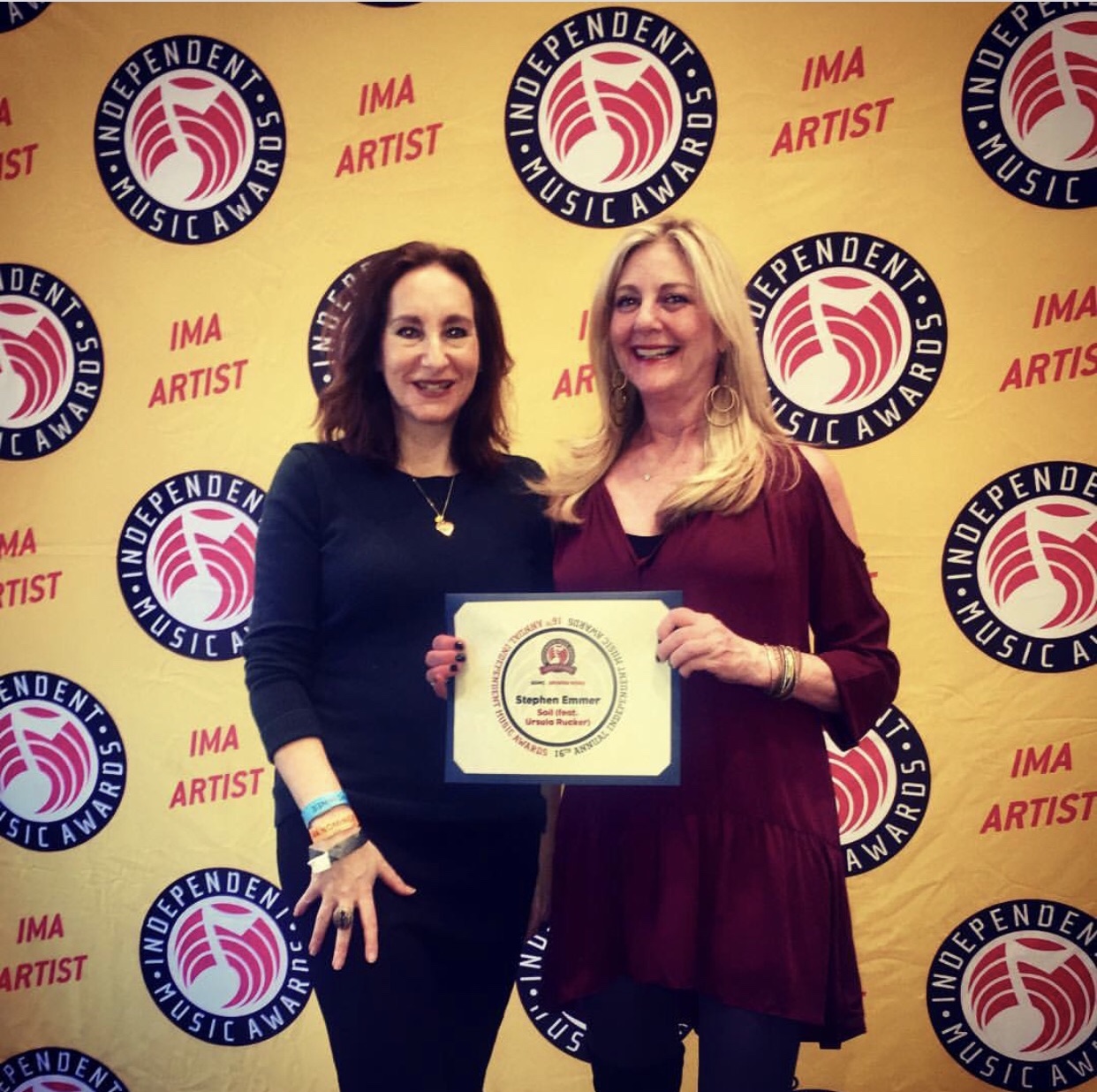 This easter-weekend Dutch renowned music-composer/artist Stephen Emmer received both the voxpop as the professionally judged award in the category Best Spoken Word Song for his song called Soil featuring Ursula Rucker (The Roots, King Britt a.o.) at the 16th annual anniversary of the Independent Music Awards (the IMA's) at an event being held in the Lincoln Center in New York City.

Earlier this year he already received two other awards by the Global Music Awards organisation in Los Angeles for his current album Home Ground in the categories Best Humanitarian Music project and Best Album.

This now brings a total of four awards for this socially engaged anti-war musicproject, which now makes it the first time ever that a Dutch composer/artist has been granted so many awards for american music organisations.

Thusfar in the past only the world famous Dutch classical music conductor Bernard Haitink received 3 USA awards. Ursula Rucker, who is from Philadelphia, is widely seen as an authority on spoken word and has so far never before won an award in her own country and is delighted with this recognition.

Stephen Emmer: 'I am very grateful that my current work has been picked up so well through all these awards and much critical acclaim in your country and because of this I now get serious response from all over the world, from Japan via Europe to South America next to America!'