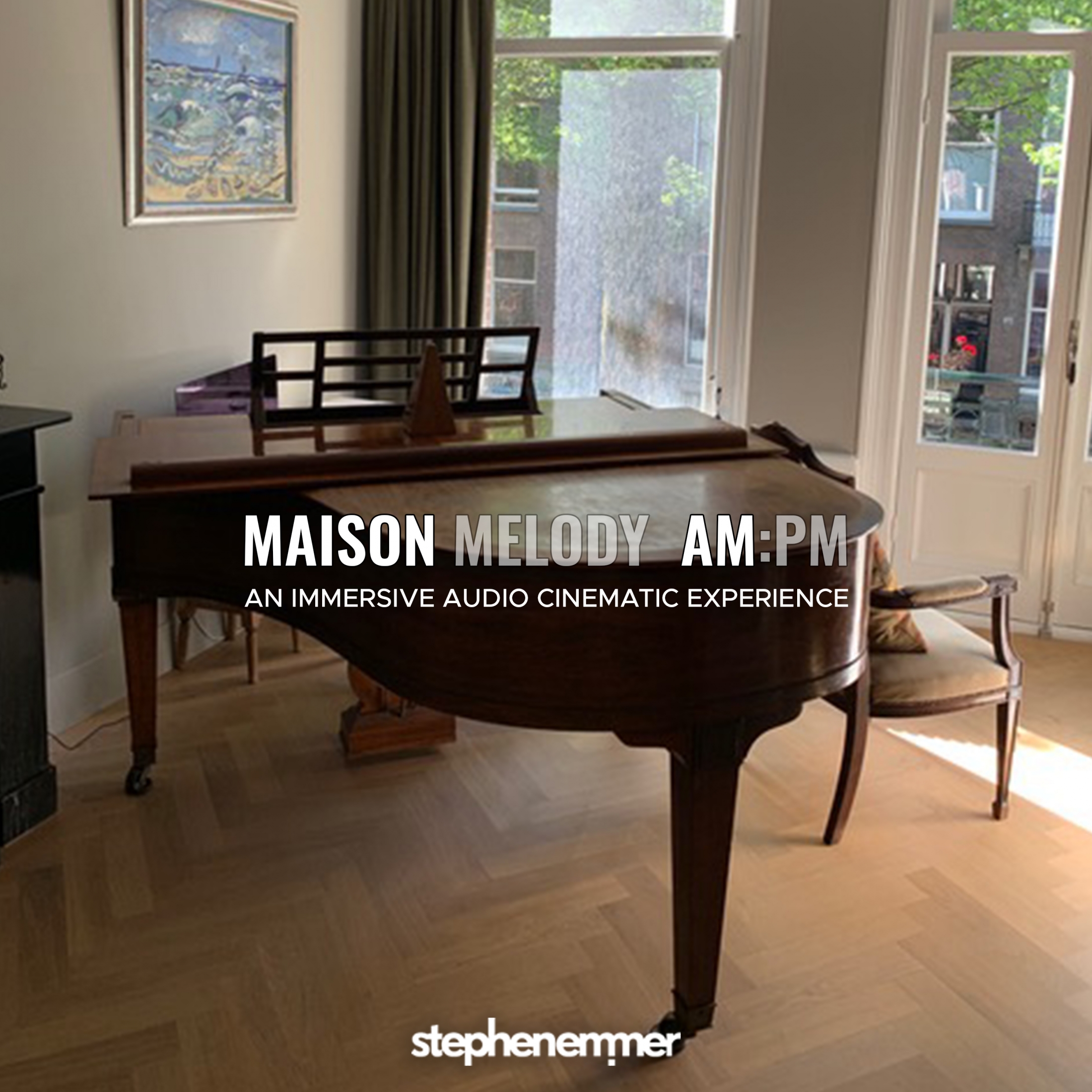 For centuries the halls of composers have remained an elusive and hallowed field – hidden playgrounds that have produced some of the most important works of art known to man. Wouldn’t you want to know what it is really like inside?

Maison Melody AM:PM is one of the world’s first spatial neo-classical concept-albums in the cutting-edge Dolby Atmos format. Listeners are transported into the world of the composer as they explore the synergy between the pieces the composer creates and the space that he inhabits.

Through state-of-the-art spatial technology and cutting edge sound- design, audiences are taken on a virtual sound-led tour of the space, Maison Melody, giving the sensation of total immersion within a three-dimension space. The tour lasts 40 minutes and depicts a day in the life of the composer. This use of technology connects its listeners directly to Maison Melody AM:PM’s concept as diegetic environmental sounds weave into the tapestry of Emmer’s compositions.

“With this project we wanted to provide insight into not only the fruit of the creative process, but also the process itself. Dolby Atmos its new possibilities break down the barrier between artist and listener, placing the audience directly in the composer’s shoes making for a truly immersive experience like no other.” - Stephen Emmer

Combining a traditional music album, podcast and radioplay, it even hints at a possible new genre: Cinema for the Ears.

Maison Melody AM:PM is a reimagining of Stephen Emmer’s previous album Maison Melody. The 10-composition project was a meditative neo-classical exploration of the relationship between an artist and their space. Now with cutting edge technology, this project is fully realised with an international endorsement from Dolby Atmos Music.

The album is only the latest in Emmer’s rich body of work. Stephen has collaborated with the likes of Lou Reed, Chaka Khan, Patti Austin, Julian Lennon, Midge Ure and producers including Tony Visconti, Flood, Trevor Horn, and Bob Power. Stephen was also the musical director behind Holiday on Ice shows  ‘Speed’, ‘Platinum’, and ‘Believe’. The Prix de Rome winner more recently supervised Cartoon Network Live! and released the much acclaimed and awarded, especially in America, neo-soul album Home Ground.