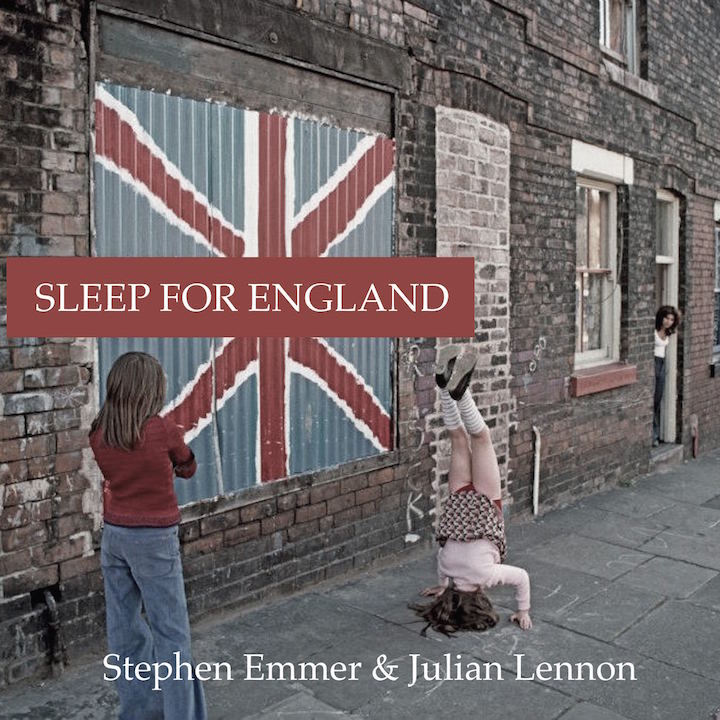 ‘Sleep For England’ is the third release from the critically admired, ‘International Blue’ album. A re-work by Julian Lennon of Stephen Emmer and Neil Crossley’s original recording, as featured on the digital release of the album. Produced by Tony Visconti, the single has been given all the Xmas trimmings, sleigh bells and a boys-choir against an atmospheric background with a rich, definitive vocal from Julian.

Fitting the British pop music tradition of Xmas songs with a social commentary, ‘Sleep For England’ presents a narrative that transcends age, race and class, inspired by the classic alternative Xmas songs such as; Jona Lewi’s ’Stop the Cavalry’, ‘2000 Miles’ by the Pretenders, Father Christmas by the Kinks and Happy Xmas (War is Over) by John Lennon, to name but a few.

All proceeds from the single go to Julians charity ‘The White Feather Foundation’, which tackles environmental and humanitarian issues. In conjunction with global partners it helps to raise funds for the betterment of all life and honor those who really have made a difference. 1.2 billion people are without clean water, something we take for granted in the Western World. Therefore all single proceeds will be going towards the production of more clean water, where every penny can help save thousands of lives.

Julian chose the name ‘The White Feather Foundation’ as it has a very special meaning close to his heart: “Dad** once said to me, that should he pass away, if there was some way of letting me know he was going to be ok the message would come to me in the form of a White Feather”. Some years later Julian was presented with a white feather by an Aboriginal tribal elder, which lead to the creation of foundation for the purpose of giving a voice to those who cannot be heard.