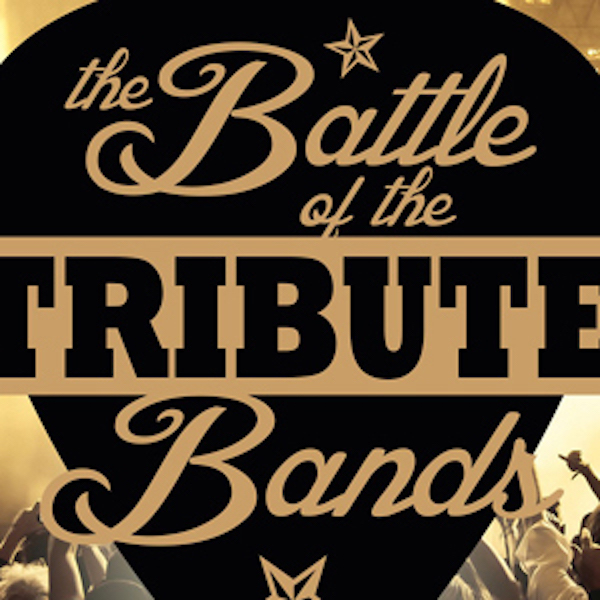 There are by now, after say sixty years of popmusic, roughly as many tribute bands as there are original bands. They come in equally as many variations and operate on similar levels of quality and professionalism as original bands and lately even started to outperform and challenge original bands in terms of drawing an audience and putting on a professional show.

It might be even called a rapidly growing industry of its own and with the advent of these type of bands that means there are now also rather big management companies solely focussing on promoting tribute bands, there are websites such as for example http://www.toptributeshow.com where there is a rich variety of tribbands on offer, be it Abba, Michael Jackson, Queen, Pink Floyd or many many others. These bands more or less mimic their examples in also having merchandise on offer for when they tour, so you can buy your personal copy of a tribband t shirt and when you’re lucky the t shirt will get signed by the band members. (I wonder what personal names they use for this?).

Bookers of life performances see an increasing demand and interest fro tribbands and in several cases they can book one of the major venues...

...say the Royal Albert Hall in London, for them. Where in the early days the honored original bands themselves were virtually declined a performance in the very same venues and in some cases probably will be declined in the aftermath of their own touring career. It’s hard not to think of the irony in question here of course.

The audiences are obviously nostalgic of nature and presumably their own youth and when you want to relive the latter, now you can without having to wait for the often retired original bands or their members to satisfy your craving to relive your own past all in one evening. The venue on its turn is happy to offer their remaining date and time slots to this new development and in their turn also grant the tribbands a sign of approval with their authority and credibility towards the market and its consumers. The Sold Out sign is often a proud sign of the rightness of this school of commercial thought. Even bigger event organizers start to get interested in the game by joining their forces to conjure up special events such as the Beatles in Abbey Road, where the audience can see a reconstruction of how the Beatles recorded their music back then. The developer and director of that event is a heavyweight in showbiz whose cv tells us that he also realized Olympic Games opening shows and so on. The former Beatles facility ie recording studio Abbey Road Studios helps out by participating in this event by sending out studio engineer Geoff Emerick as their musical advisor and a tribband is carefully chosen. Seemingly not unlike how a talent show itself (being one of the other successful imitators of art-formats in todays music-world) recruits and selects its candidates and completes the picture.

Then there is a subcategory, which there always is within a movement, the oddball category of sorts, which is the one where an original band has broken up and the members are no longer on speaking terms with each other, so, whatever their motive to start touring again, but 9 out of ten times it’s an economically driven one. They do this in various line ups. The big winners often are the ones who can legally maintain the rights on the original band name. Yet that doesn’t seem to stop the other members to tour swell, performing the same repertoire as their new rivals, being their old group mates. For example; the Beach Boys, except that the real Beach Boy here, Brian Wilson, tours under his own name whereas his cousin Mike Love tours under the Beach Boys moniker. Apparently there is room for both and so this format has now also proven its own worth, not to be mistaken with value.

There are so many of these bands around that you can probably make a mirror chart of most successful tribbands and tribtours as you can with original bands. Out on top probably coming the Beatles imitators, Pink Floyd and other classic rock bands of yesteryear. Perhaps a new sub format is the new top format of the future, where every (former) world act after its own demise through either (premature) death, disease or conflict will have its own avatar version touring the world. Like we’ve seen with Tupac, MJ and more recent Whitney Houston. A virtual gallery of 3D Jim Morrison’s, Janis Joplins, Lou Reed’s and in the distant future Kanye West’s and the possibilities seem endless. It’s pop going full circle in an attempt to claim eternity and where life imitates art. Yet there might still be a glimmer of hope that The New will prevail.