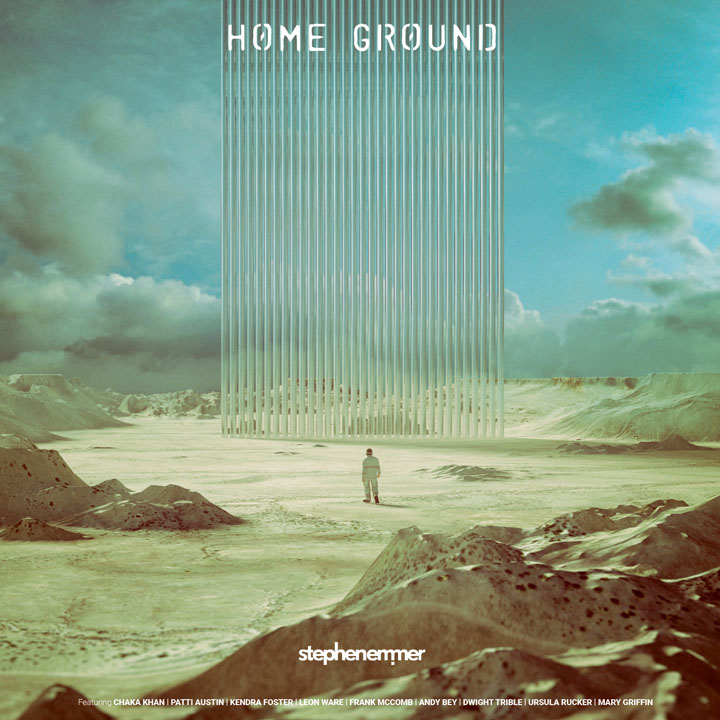 If Stephen Emmer wanted to show off the contacts on his mobile phone, jaws would drop. But the great thing about the Amsterdam native is that he’s not “one of those guys.” In fact, despite a body of work that would continue to drop jaws, with the latest being the album Home Ground, Emmer is one of the most affable and humble folks in the music business.

That may all come down to the fact that he’s still a fan, something he was reminded of when working with Chaka Khan on Home Ground, a project that will support the NGO War Child, and which also features the likes of Patti Austin, Glenn Gregory, Mary Griffin and Ursula Rucker, just to name a few.

“When I first heard her voice on my song, I felt a sense of accomplishment and I was honored, I truly was,” he said. “These people, if you play one note wrong, you’re out. So I really felt like I was acknowledged for my artistry with them joining. I used to have posters on my bedroom wall of this person. It’s a great honor.”

It brought Emmer back to his first breakthrough eight years ago, when he posted some demos on MySpace.com and soon received a phone call from New York.

“Look,” the caller said. “My client heard your stuff on MySpace and he really believes you are on to something.”

That client was renowned producer Tony Visconti, who invited Emmer to his studio in the Big Apple to mix his album.

“That was a belated boyhood dream,” Emmer said. But it got better when he mentioned that he needed one more voice for the album. The response was, “Sure, I’ll ask a friend.”

The next day, that friend — Lou Reed — showed up.

Emmer laughs, but if it seems like he’s working in this dream existence, there’s still plenty of work to be done, especially when putting together something with the scope of Home Ground.

“I had been busy doing the logistical side of things probably as long as the creative side, so that took us a year,” he said. “In a way, this is a logistical nightmare because it’s a labyrinth of all kinds of unsynchronized agendas and schedules with everyone involved, and we’re very happy to catch each other almost as ships passing in the night. These were brief, empowered get togethers in one way or another. It was a very daunting and demanding task and I didn’t anticipate that well enough, so we learned while doing that.”

And oddly — but accurately — enough, he compares the whole process of getting artists to work on the album as the musical version of Tinder.

“The principle of Tinder is that you’re looking for a match,” he explains. “And when we use that as a quasi-modern metaphor, then this was musical Tindering. I was looking for matches, and matches can be made out of anything — out of somebody liking you or, in this case, liking your music or your persistence or your cause or your mission. And that differed with each contributor.”

There was a bottom line, though, especially with some of these artists getting multiple requests for gigs like this.

“In the end, there’s one classical story twist to it — you can talk whatever you want; if they don’t like the music, they’ll hang up the phone,” he said. “Most people now who are sort of in the limelight, they get requests from all over the world on an hourly basis. And in that sort of jumble, you have to be a combination of lucky and persistent and convincing. And what convinces artists of reputation that you have a message of integrity.”

Emmer had that message and a track record to go with it. But the cause was important too, and for the Netherlands native, War Child was the perfect organization to spread awareness about.

“There is one group of people who are not a minority,” he said. “They’re the majority and these are the children in every conflict zone in the world. And it sounds corny coming from our mouth, but children are the future of our planet. So I thought that would be a good cause.”

It is, and when you add the cause to the stellar music presented on Home Ground, it’s another reason for Emmer to smile.

“This work, Home Ground, is my autonomous artistic work, and that’s where I get my energy from.”