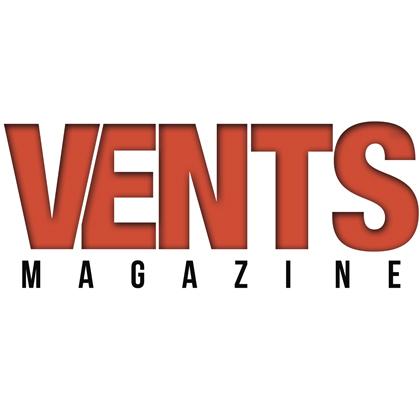 Hi Stephen, welcome to VENTS! How have you been? "Hi there!  I am great thanks. Good to be here with you today." Can you talk to us more about your latest single “Trailer Soil”? Soil is a song on the Home Ground album and I decided to use it as a soundtrack for the video we used as a trailer to introduce the whole album with, as I feel the lyrics of Soil best represent the meaning and intention of the album.

Did any event in particular inspire you to write this song?

It was already conceived in the Obama days and when it took longer than expected to finish the album, I at first thought it would lose its momentum, but it became even more relevant today (as we all know).

Any plans to release a video for the single?

Yes, its already there and can be looked at here.

The single comes off your new album Home Ground – what’s the story behind the title?

With so many things going on in the world today I felt somehow you cant see one problem separate from another. The world however has always been about moving around because of conflict or war or other and therefore I found that we should question ourselves what IS our Home Ground? Is it where your house stands, is it  your country or city or is it rather where your relatives and loved ones are or is it ultimately in your own heart or mind that you feel most at home. That was my starting point, not to take any sides but rather observe and try to see things in a broader context than only todays topics.

How was the recording and writing process?

Elaborate, costed two years in the making…. I had two older songs where I started with and then after understanding where my own  inspiration came from, I slowly came to write the other ones. Then I started to think of who would be ideal interpretors for each song but beforehand I was in touch with Glenn Gregory (Heaven 17 & Holy Holy), whom I worked with on my previous album International Blue and talked with him to cowrite some lyrics where we felt he could do a better job being an English native speaker and so he did and those lyrics exactly mirrored my feelings and intentions so they were great to work with. So it was music first and only after came the lyrics.

You brought some special guests – did you handpick them or how did that come about?

It kind of snowballed through recommendations but also with me wishing and hoping to hear back from people I approached in the wild… It was also great to discover other unexpected vocalists simply by listening to their earlier works and then trying to imagine how they would sound on my songs.

What did most of this legends brought up to the table?

Well, actually more then I asked them for. They took the songs very seriously, Patti Austin f.e. rehearsed it for a full working week. And came up with extra suggestions which I would have never dreamed of myself.  And with Chaka it was her who made something special of the vocal theme by adding little accents here and there like only a true topperformer knows to do: it seemingly is the same all the time, but when you listen closely it isn’t at all because of subtle little differences. Only the really good ones know this and can bring this to the table.

How did Stevie Wonder and Curtis Maysfield influence the music and writing on this record?

Stevie musically and Curtis lyrically mostly. And next to that I really loved the orchestral adventures in the music of Marvin, Isaac, EWF and Rotary Connection.

Any plans to hit the road?

We are currently doing small gigs to present the album, sofar in NYC and in Amsterdam and in august in LA and hopefully in London too…. But I’d also love a big concert with all singers there and a big orchestra.

What else is happening next in Stephen Emmer’s world?

Well I m preparing a true solo album at the moment, solo as in: me on piano only, no chance to hide behind someone else’s talent or gift. then I might produce an album for one of the singers on the current album, yet to be revealed… and then after that i look to do a collaborative album with some of my favorite brasilian singers and musicians. Then a full orchestral album and oh did I tell yet about the remix package of the Chaka Khan song Under Your Spell, they will come out end  of august this year. Plenty to do and also open for other good ideas, anyone?