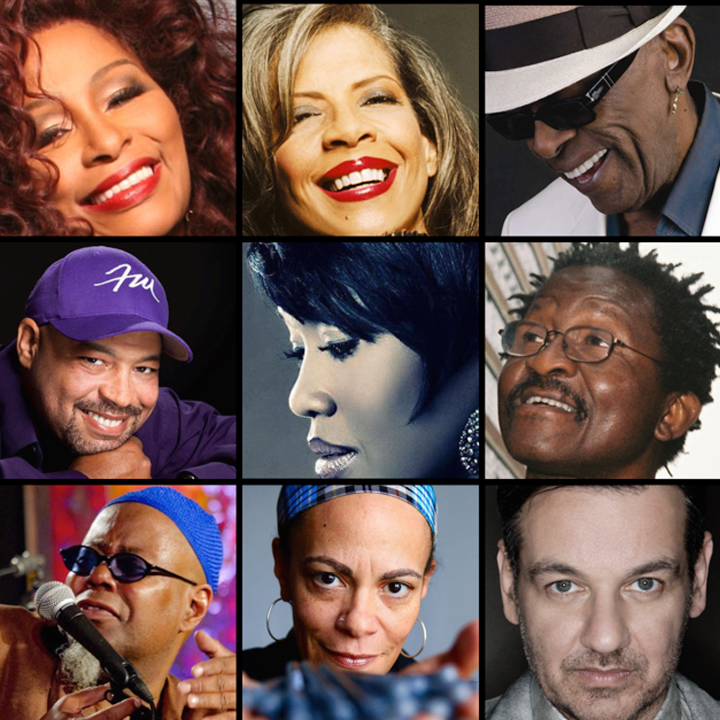 For Stephen’s new long player, Home Ground, he is joined by soul singers such as Chaka Khan, Patti Austin and the late Leon Ware to combine classic soul with a contemporary edge. Jason Barnard speaks to Stephen after hearing an early preview of this socially conscious album.

Firstly, congratulations Stephen, on producing another fine record with Home Ground. Given, International Blue was so was well received on its release did this create pressure to create a follow-up?

Hi there! Thanks for your nice words about both International Blue and now Home Ground!

At the risk of sounding like a 70’s politician in ‘Yes, minister’, i’d say: yes AND no ? Yes, because I keep on tricking myself in to trying to raise the bar each time I start a new project and No as I feel this album has another perspective, lyrically coming from a different angle by tuning in more in today’s society’s urgent topics and genre-wise with creating a very different style of music. This is something I feel I need as a starting point that in order to get myself going again, I really need to challenge myself to do something new, different or with a radical change. Yet I hope that all these different albums (the next one might be about orchestral dub..) in the end carry some sort of own musical signature in the way how melodies and counter-melodies are sculpted by me and work as a musical red thread throughout the various works.

Many politicians are actively encouraging division and hate – especially on issues of religion and immigration. The album’s lyrical thread to me seems to me about injustice and how we are all one people on this planet. Was the climate we have been living the last few years the spark that drove you to make the album?

Glad you ask. And yes indeed, when I started this album about two years ago, the signs in society weren’t yet as clear as they have become now and therefore I originally had the intention of sending out a message of hope and observation in those Obama days. And of course the times have A-changed a ‘little’ since then and now I feel the message has become more urgent and at the same time even more relevant in these heady, uncertain times. Needless to say I refer here to the refugees of the Middle East, the brexit, the seemingly new USA policies, the turmoil in Western Europe and so on.

Did you aim to support Warchild from the outset, or was it clear you wanted to do this after the recording process?

In relationship with the above I felt that during that transformational period I should seriously connect the album even more towards today’s problems and in that myriad of NGO’s I found that our partner War Child International is striving most for helping to develop a better future by focusing on helping out children as they are the torchbearers of tomorrow’s world.

I understand that you collaborated with artists virtually on International Blue. Did you take this approach on this material?

Here is ‘Yes, Minister’ again:yes and no, haha! In other words some of the session were with a live session where both the singer and myself were present and some weren’t. and the ones that werent were recorded all over the place in the USA; New York, Los Angeles, Philadelphia, Houston.

Working with Chaka Khan must have been a highlight. Have you worked with her before and, if not, how did you pitch Under Your Spell to her?

I was obviously very very honoured to work with her and it was really a chance meeting what sparked it off.
she can do anything she wants and well deservedly so, so when she decided to collaborate on this i felt that the song really appealed to her in an honest kind of way and for me thats already more then i could have asked for.

With Under Your Spell I really thought that it should go in the direction of a blaxploitation soundtrack type of song and make it have the somic impact of today as if the genre would still be alive. for this I could not think of any other vocal powerhouse then Chaka who now, thank god, sings it on the new album. This little theory turned out to be a wonderful result in actual practice and i feel what we can hear here now is Chaka at her sincerest and with a magical performance of the song.

You also worked some other great artists…

Another one I could mention is the song called A New Day To Come, this one is being vocalised by Andy Bey, who is someone who is very highly regarded amongst musicians themselves. In fact way back (he is in his 70’s now) he was called by the late great John Coltrane ‘his favourite voice’!

He appeared to already be in semi-retirement, but, to my good fortune, when he heard this song he said yes. We recorded him in the Lincoln Jazz Centre in New York and he gave a performance of a lifetime. And this way proverbially brought a hundred years of experience to the song, however with all the emotion, anger and love that still burns inside of him. He most definitely brought that song to life!

How did you go about writing and producing the album? How collaborative was the process or were the songs largely finished when the artists sung them?

I started with three songs two years ago, then I saw that this could further develop in an album. All songs were finished when the artists sung them, same as with the International Blue album in fact. The producing took ages as it grew more and more complicated with these international recordings on very different locations. Also I forensically tried to fully comprehend what was so good and timeless about the inspiration tracks for this. But I only wanted the best of the past and not all of it, nostalgia usually has very little criticism on the past, yet I feel we should also use words and sounds of this day and age, so the real challenge was to try and merge these two approaches.

Some of the material recalls Marvin Gaye’s masterpiece What’s Going On. Was he, and that groundbreaking record, an influence?

Well several records from that golden age of orchestral soul music were an inspiration for me. But in the case of specifically What’s Going On, that was the one that put me on track of writing more socially aware lyrics together with Glenn Gregory from Heaven 17, with whom I already worked with on the previous album International Blue.

And in fact on Home Ground there is a track called Close To Life where we have a cameo of the late great Leon Ware, who was songwriter for Marvin Gaye a.o., who says in the track: is ‘What’s Going On’ still the number one phrase? As we both felt that that message is still very valid today.

Are the plans to take Home Ground on the road, what’s next for you?

We are most certainly looking for doing a selective amount of live gigs, say on festivals, though touring is gonna be very difficult with having so many different contributors and their busy schedules, to the album, so i can only imagine the full line up to be on stage on one off gigs, but we’ll see…