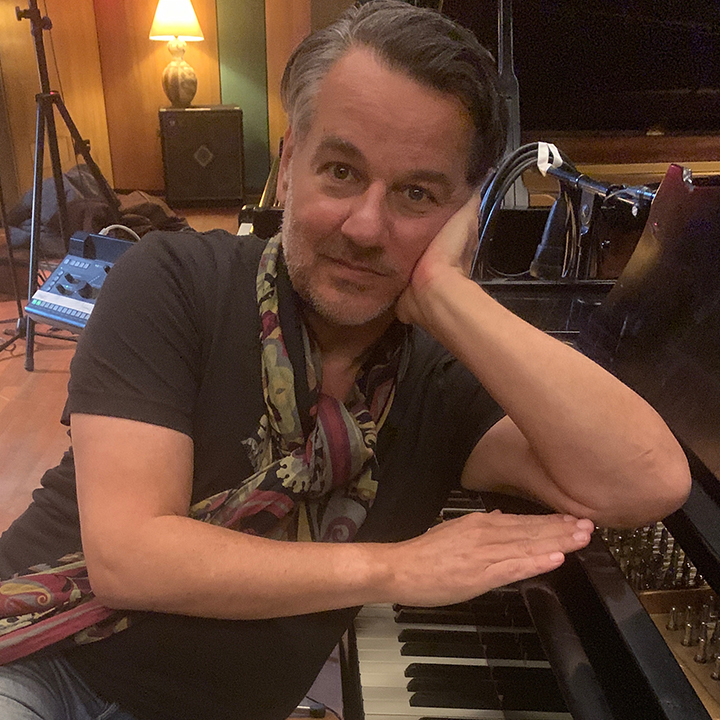 Exploring isolation and the company of his piano

You may not yet be familiar with Stephen Emmer. He’s a classic backroom boy, an established musician who is widely known amongst music critics and fellow artists but less well-known among others. Emmer’s stock-in-trade is brilliant ‘concept’ albums, from a spoken word album with Alan Ginsberg, Lou Reed, Richard Burton and Yoko Ono, to the critically acclaimed ‘International Blue’ album with Midge Ure, Glen Gregory, Julian Lennon and Liam McKahey from Cousteau.

More recently, he was behind ‘Home Ground’ for War Child, a soul album with Chaka Khan, Leon Ware, Patti Austin and Andy Bey. Tony Visconti has produced and collaborated on most of Stephen’s albums and in his own right Stephen is an award-winning composer and screen music producer in his home country of Holland. He spent many years in the UK in his youth, where he was one of the Minny Pops, signed to Factory Records. They made their debut supporting Joy Division and Emmer was also a member of both The Associates and The Lotus Eaters during the 80s.

Now in lockdown, Stephen’s latest concept theme is Neo Classical. No vocalists were used and there was no production from Visconti. Recorded alone as an instrumental, Emmer has explored isolation, family, solitude and the company of his piano and strings. The album was mixed by Francesco Donadello who has previously worked with Hildur Guonadottir, Johann Johannson and Einaudi. All proceeds from the record will go to those who are struggling financially after losing their incomes in lockdown. Emmer says: “We’re in the Netherlands and dealing with lockdown just like the people in the UK. The UK is a couple of weeks
behind Holland. Over here everything is starting to loosen up.”

Emmer’s career has been built on frequently changing genres. “I’m not Bruce Springsteen or a major artist. I am a composer who’s about what would be the best composition for other performers. I think about their voices when I start composing. I have to take the gamble that they might like it or might not. Thankfully, I have been right with the compositions I’ve written and people have liked to record them.”

Stephen is hoping he can take his Neo Classical project on the road.