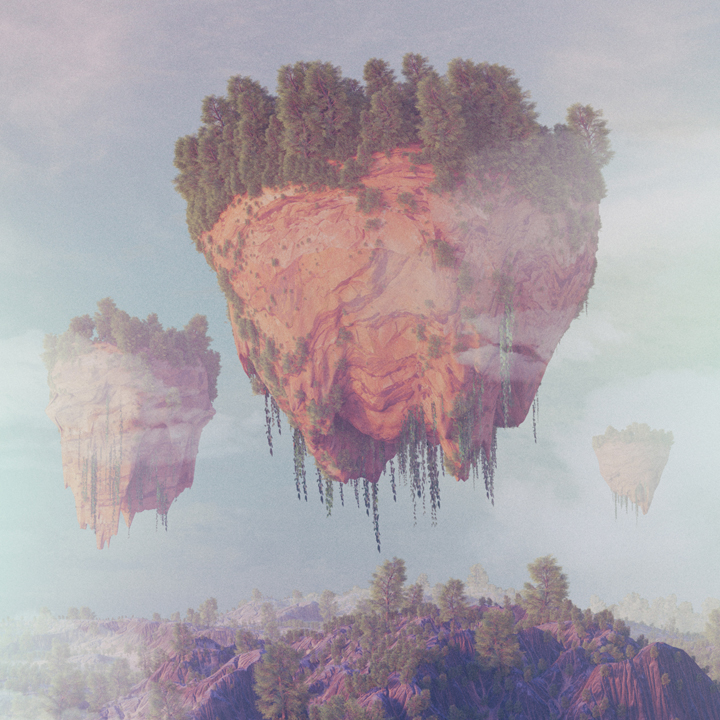 Interview : Post-modernity in music has only really started

Stephen Emmer describes himself as an 'independent composer/arranger hailing from Amsterdam.' His distinctive musical resume goes back to the Seventies, while he has worked with other great production wizards such as Tony Visconti, Trevor Horn, Martin Hannett and Nigel Gray.

Having produced the collaborative, filmic, European soundtrack International Blue in 2014, he is now back with another collaborative effort, the more soul-inspired Home Ground, featuring the vocal talents of Chaka Khan, Patti Austin, Andy Bey, the late Leon Ware, vocal poet Ursula Rucker and others.

How would you describe both the ethos and genre of music encapsulated in the new album?

SE: Well, lets start with the genre if I may. To me it seemed, a few years ago, that another type of music slipped off the mainstream radar and that was ‘orchestral soul music with lyrics of social awareness.' Like there was in, say, the Seventies, with albums such as 'What's Going On' by Marvin Gaye and many more in his slipstream such as Curtis Mayfield, Sly Stone, Gill Scott Heron and so on. I suddenly felt there was something right in that genre, as the psychology behind it was to tell a realistic story about society yet encapsulate that in soothing music instead of having an urgent message accompanied by aggressive music; to make a fist, but wrap that up in a velvet glove. Given the time we live in right now, I thought that to be a good method of communication to a) avoid preaching to the converted and b) the relevance of commenting on society is maybe even bigger today then it was back then.

Musically, I also felt like experimenting with the musical adventures of that era and create generic, new, orchestral soul music that doesn't borrow the past, so to speak, by taking samples of older work, but actually only take the best characteristics of that musical school of thought and build your own music on that from the ground up. Yet, avoiding the predictable trappings of creating mere nostalgia, which I definitely didn't want to do, so we also really looked, with the lyrics about today's issues, to incorporate modern sounds and productional approaches and developments in the mix and really try and create something that wasn't a pure retro exercise. I guess this also kind of answers what the ethos is of the album: it's about humanity; where is your home? In your house? Your village? Your country? Or, is it in your heart, your family or your own mind? i.e. where and what is your Home Ground? At this moment, 650 million people are nomadic, so the issue means so many different things to so many different people… So, I think this is the biggest issue, next to – and related also - to the ecological issue on Earth. As Nina Simone once said; how can you not write about this as an artist?

How did the linkage and support of 'War Child' come about?

SE: I liked the idea of another organisation from Holland that operates internationally, like myself, to be involved. We have the same mindset, but, more importantly, I think in the most sincere way possible that the childeren are the most victimised of victims worldwide, thanks to war, other conflicts and famine. So, they need extra care in my opinion and if we, through this project, can make a little bit of a difference, that would be great as music-making shouldn't be seen as a corporate venture in the first place. It's about artistry first, humanity second and economically last.

Your previous collaborative album was only in 2014 with 'International Blue'; a tribute to the pop crooners and the big productions that inspired you; from Scott Walker to Burt Bacharach to Billy Mackenzie, whom you worked with in the early Eighties. Do you therefore prefer to manifest your own vision for an album, or are you equally open to artists approaching you for arrangement or production, without recommendation?

SE: I would favour both. They can exist next to each other, so whoever is out there with a good concept or idea, give me a call! in fact, I did work on an album a few years ago by the Lotus Eaters from the UK (in 2009) and arranged the whole of that album on my own for them by adding all kinds of instruments to their bare vocal and guitar compositions. Unfortunately, it got shelved indefinitely but as Michael Dempsey (also a Lotus Eater and ex-Associates and Cure member) said of it: it is probably their best album, so its a shame its not out there yet.

Rather than specialise from early on, or be known as one kind of artist, your involvement in music over the years has been incredibly broad; encompassing radio show production and founding and editing a music magazine. ('Vinyl'). You are like a one-man WOMAD. Why do you think this has been the case?

SE: Ha! Thanks. Yes, I did very, very different things over the years; electro-noise with The Minny Pops, tv news theme music with an orchestra, free jazz trio gigs, pop, film music, sound design for museums, had three of my own radio shows, and so on. I dont know why. I suppose I get bored easily of the monotony of things. I have a mind that apparently races all the time. I love doing many things, very busily, as I am a bit of a zombie in my free time when I need to relax. I never had a hobby or something, so its music, music, music, all the time and even that can bore you. On the other hand, this muse is now my longest serving partner in life.

The possibilities of the film soundtrack – real and imagined - has clearly been a large part of your musical life. Since the late Nineties, more ambient soundscapes (breaking away from the simple three-four minute song structure), such as Trance, by once dance-orientated artists and producers, have also made their mark in various media. What is your view of this branch of music?

SE: I think post-modernity in music has only really started and I love it. We need the excitement of developing new art, new music and, if now appears to be a transformational period in music history in the years to come, I'm all for it. I'm against creating more of the same without adding something new to it yourself.

Is the internet also broadening music fans tastes, geographically, or do you find most still quite 'old skool' and nationalistic in their allegiances?

SE: I do actually like today where unknown archives are being opened up to new audiences and generations and I therefore am not really nostalgic about the past, where these archives were always a little mysterious or, as I think, simply went unnoticed. So, yes, it is very good for music. As my colleague Tony Visconti said: back in the day, when some artist was a worldwide star, in actual numbers it only scratched the surface by lack of digital distribution. However, what's going on with the low payments from ISPs and streaming platforms and the big data movement is bound to be misued by the more corporate-driven parties and these have become even more invisible than in the past. Frank Zappa, a visionairy man, said: the old guys in the record industry smoking their cigars at least admitted they didn't know about music, whereas the modern music industry folks pretend they do, based on f.e. big data, and thats even worse.

Will 'Home Ground' have a life live on stage, or will getting the disparate artists together be too much of an ask?

SE: A collaborative project usually is a logistical nightmare. Everybody involved has their own agenda and schedules. I'd hope for it to happen once or twice with the full line-up, but more realistic is to say that we will do a few performances here and there with some of the album's line-up. I'm working on that right now. In fact, I'll be doing a mini performance in New York with Ursula Rucker next week and in Amsterdam with Mary Griffin in mid-July.