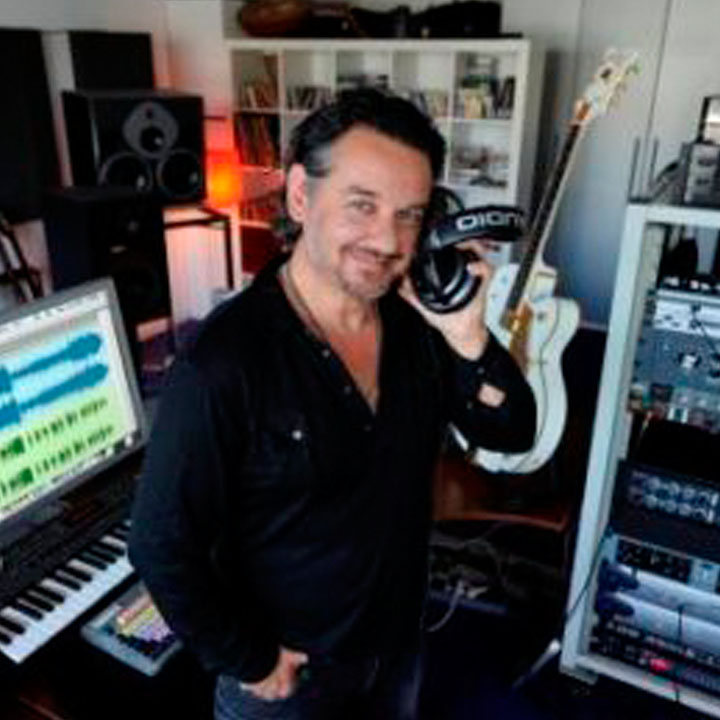 Soul and Classical Meet in a Global Collab

When Stephen Emmer holds the stateside launch for his album Home Ground on October 27 at the Virgil in LA, he’ll have done it with a little help from his friends. Make that a lot of help, from a global-spanning roster of star soul singers and musicians who collaborated long-distance on a particularly important record.

An accomplished Dutch composer, Emmer sought to step way outside of his home studio in the Netherlands to make a concept album with a message, which would also benefit the worthy non-profit War Child in its mission to empower children and young people in conflict areas. His impulse for action connected to a love of soul music and a further convergence with classical, the same sophisticated standpoint that created ‘70’s classics.

How did he gather and produce this global contingent on a strictly DIY budget? And what differentiates the Global Music Award-winning Home Ground from just another set of protest songs? Emmer explains.

What makes “Home Ground” more than just an album – what does it represent beyond a collection of songs, and why is now such an important time for it to be coming out?

Home Ground is — or at least pretends to be — a so-called concept album, for which there is a kind of definition that a concept album has a general theme, topic or vision behind it. The collection of songs is related to that and thus make the songs serve as complementary to each other and interpreting the theme.

In this case the theme is a social awareness issue about where you feel your own home ground is; is it in your own country, your city or village, your house or is it close to your loved ones or is it in your own heart or head? Or as Captain Beefheart once said: “My head is my only home unless it rains.”

Today I feel this topic is ultra-relevant as we see that people move from one place to the other either out of necessity or preference, resulting in a massive worldwide diaspora with the aid of modern transport means more than ever before. I think, without wanting to get myself involved in many national politics, that this is one of the most relevant and interesting developments in the world.

What are some past concept albums or works you’ve been inspired by, that informed your approach to conceptualizing “Home Ground?

Well, when I started to think about doing it, the world was still in a less fiery state then it is today. At that time, less than two years ago, artists seemed less interested in making that kind of music with a social awareness.

One day I realized that and I got inspired by the soul-music-with-a-message movement in the ‘70s. The main album from that period, to me, was Whats Going On?  by Marvin Gaye. That was a record created from that same vision and against the will of his record company, Motown. Now we can safely say this album has become more of an artistic benchmark then most other records from the label at that time.

You were drawn to a convergence of soul music and orchestral styles to create this record. Has this been an underexplored combination up until now? What makes these two genres a powerful blend?

To come back at the What’s Going On? album here for a minute, what I really liked next to the social messaging in its lyrics was the sophistication of the music. The songs were structurally more complex, didn’t do the predictable thing there, its structures were more varied and complex, not doing a standard thing like chorus-verse-bridge-chorus-verse-chorus-chorus on a symmetrical basis of 2-4-2-4-2-4-4 with an average duration of three minutes at 45rpm…

No, they came with intros, went from A to Z in sometimes six minutes. also the way the orchestra was used by arrangers such as David van Pitte at Motown, but also by say David Axelrod or Charles Stepney, was a very experimental jazz meets pop/soul fusion at that time and I suddenly felt that fell of the radar in our age completely.

After listening to them I felt there was more effort needed still to bring that sonic approach more into today’s possibilities on both an artistical and technical level, as I feel a full-on retro approach wouldn’t be a good thing where it quickly becomes more of a nostalgic exercise only. Sure, you can use an analog path “like they did in the old days,” but why not combine that with the  expanded sonic range of today’s technique?

I challenged myself to truly find a new synthesis between the old and the new. No either/or but rather an and/and approach in this!

In various ways really. The first songs I did for this were with a singer called Mary Griffin, and when she helped elevate the songs to something beyond what I had written, I started dreaming about what other male vocalist could also add that to the works. I found myself really liking the research for this (through online virtual crate digging) and I came across an — at that time — new record called The Epic by Kamasi Washington and heard a male singer who I thought was a wonderful baritone somewhere between two of my all-time favorite singers: Isaac Hayes and Scott Walker.

That put me on his track and I specifically started writing with his voice in my mind. The song “Under Your Spell” with Chaka Khan already existed, and she decided she could identify best with that specific one. Then it kinda snowballed from there, growing organically as the vocalists started to recommend others to me too, and we ended up with intergenerational collaborations galore!

You’re based in The Netherlands, where you spearheaded this international project. What are the workflows that you established to easily work with collaborators from around the world? What makes global collaboration easier than ever today, but what else keeps it challenging?

That’s right, my home ground is Amsterdam, but I’ve lived in London and New York for a while and in general do a lot of travelling. My youth I’ve also spent in Asia and South America.

I don’t think that this album project could have ever been achieved pre-Internet! Then it probably would have been taken much, much longer, as long as those older rock albums used to take, namely years on end (think Tusk or Songs in the Key of Life) and with a fitting limitless budget. There was no such thing here, as this one’s a DIY-deluxe project.